We do holiday shows in the NoHo Arts District! If you’re not in the holiday spirit, you should definitely check out one or all of the shows we’ve put together in this handy, Christmas Show quick list. If you have guests visiting, a show is a nice treat or gift. It’ll also give your guests a little taste of theatre in the NoHo Arts District and you can dazzle them with your knowledge: NoHo has 20 theatres – the highest concentration of theatres outside of NYC.

The Orphan Who Saved Christmas

In The Orphan Who Saved Christmas, we meet Kris Kringle, who was mysteriously dropped down a chimney as a baby on Christmas Day. He’s recently married and his wife is obsessed with Christmas, although he doesn’t share the same passion. But when he sends her out caroling, he is visited by several ghosts (including an evil elf) who show him just how wondrous the holiday can be. Gather together a group of friends and have a merry evening at the theater with this holiday play intended for adults. More>>

The most popular work of England’s most popular novelist, and an indelible part of Christmas folklore. This 90-minute staged-reading is adapted purely from the Dickensian text, and includes traditional Christmas music, delightfully haunting spirits, and a brilliant cast of actors from the acclaimed Road Theatre Company. Come experience this beautiful story of redemption that must be heard at least once every holiday season!

A Rough Night at the North Pole

The Group Rep presents Craig Alpaugh’s A Rough Night at the North Pole, directed by Robert Axelrod, a fast-paced holiday comedy about an unhappy little girl’s misguided plot which sends Santa Claus to jail and almost ruins Christmas for everyone.

SANTASIA has been a Critics Pick for the past 16 Years in L.A. and will, for the second time, run Off-Broadway at NYC’s St. Luke’s Theatre. This hilarious, laugh out loud annual holiday romp and cult hit is the perfect blend of Yuletide snark and sentiment, has been compared to “The Carol Burnett Show,” “The Kids in the Hall,” “In Living Color,” “Saturday Night Live” and the likes of Vaudeville. This multi-media holiday special has it all including classic Rankin and Bass claymation inspired movies, musical parodies, and heartfelt holiday moments. More>>

By Josh Carson High above the city of L.A., a team of terrorists has seized a building, taken hostages, and declared war. One man has managed to escape. An off-duty cop hiding somewhere inside. He’s alone, tired…and he doesn’t like Christmas. Come see a stage version of the holiday classic, complete with action, humor, Professor Snape taking people hostage, singing, dancing, the guy from ‘Family Matters,’ guns, puppets, explosions, the EPA guy from ‘Ghostbusters’ getting punched in the face, and Christmas miracles and familiar holiday friends galore. Maybe even an appearance by the legend himself, Santa Claus! Yippee Ki-Yay, Father Christmas! More>> 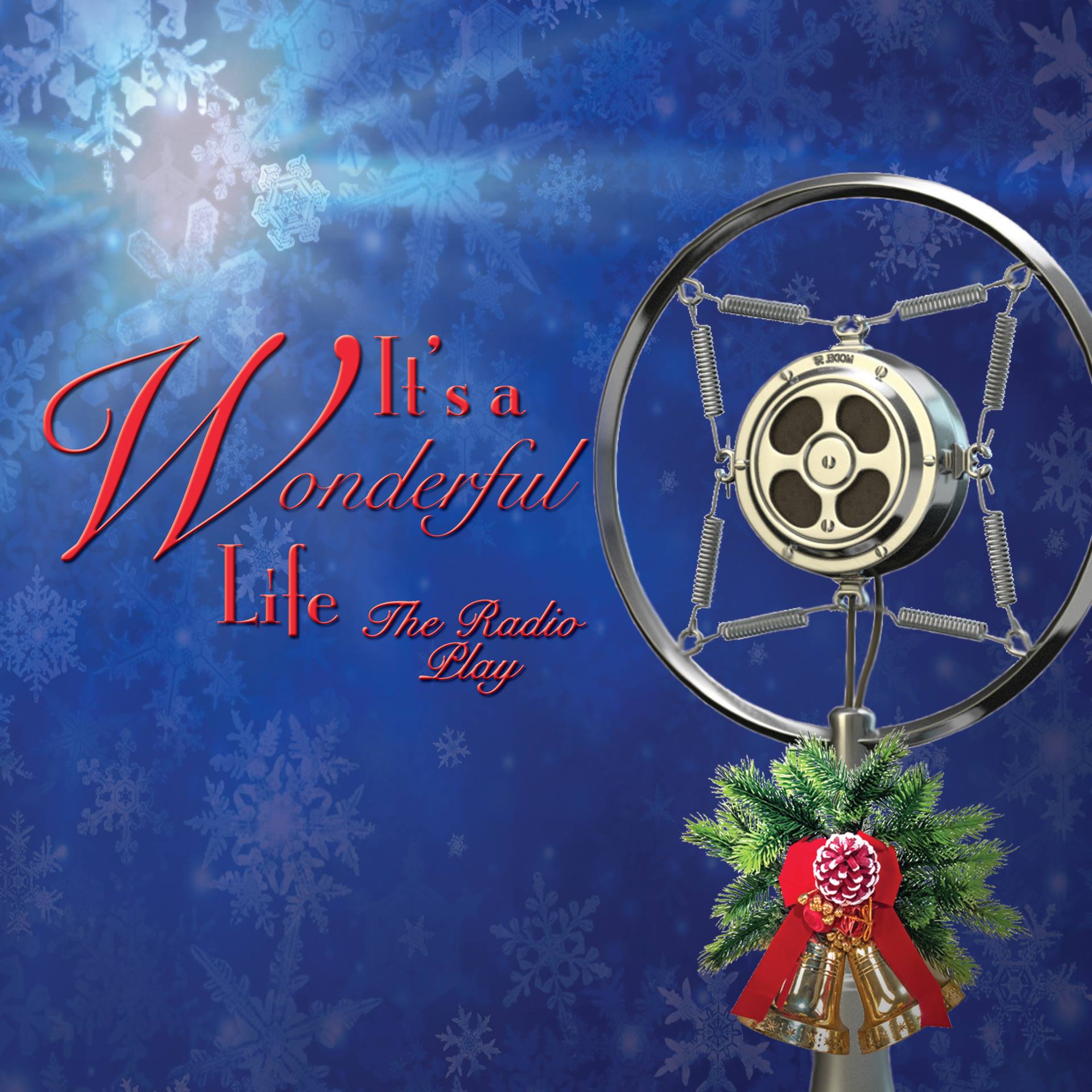 “Look daddy, teacher says every time a bell rings, an angel gets his wings.”

One of the most beloved and treasured films of all time, nothing reflects the joy, soul and celebration of the holiday season more than Frank Capra’s sentimental classic “It’s A Wonderful Life”. Theatre Unleashed is pleased to bring back this heart-warming tale to the stage with It’s a Wonderful Life: A Radio Play for the Stage. The show, an L.A. holiday must-see in its fifth year, takes place at KAWL, a struggling 1940s radio station that good-hearted owner Michael Anderson is barely keeping alive. He calls on some old friends (with big personalities) and some less-than-professional station employees to offer up the touching masterpiece in what might sadly be the station’s last live show. But it is the holidays, a time when miracles can happen…More>>

A Toys For Tots Benefit. From Creator and Director Stacy Ann Raposa comes the ninth installment of Bare Naked Angels! Bare Naked Angels is an eclectic group of artists dedicated to storytelling on stage in a way that moves, touches and inspires our audience. Actors are guided through a four month process of self-discovery where they learn to write their own autobiographical piece. Culminating in a final performance, all pieces are merged together to create a unique evening of theatre. Solo Performance with a twist! More>>

A classic cast of melodramatic Spanish soap opera characters find themselves living out one of the greatest classic stories of all time when Archway Theatre welcomes Force of Nature Productions original world premiere of “Telenovela Christmas Carol.” Charles Dickens’ immortal tale is twisted into a hilarious, over-the-top and passionate story about finding the holiday spirit, as the patriarch of a tequila empire is taught the true meaning of Christmas through the help of three outlandish ghosts. “Telenovela Christmas Carol” contains all of the passionate confrontations and melodramatic encounters of a telenovela series, paired with the endearing moments of a classic Scrooge story. More>>

Zombie Joe’s Underground Theatre Group proudly presents their All-New Holiday-Horror-Theater Spectacular in the great Grand Guignol, Theatre of Cruelty and Butoh-Traditions, centering around the memoirs of a forgotten street-alley haunted by the longing, beauty and unspeakable events of its Christmas-past; a cursed place of no mercy, inhabited by a hundred-year accumulation of apparitions, phantasms and sub-breeds that desperately await their next victim!

The Group Rep presents the world premiere comedy A Nice Family Christmas written by Phil Olson, directed by Doug Engalla, produced by Alyson York. It’s Christmas Eve in Minnesota. A young newspaper reporter, on the brink of being fired, has been assigned a last chance story about a typical family Christmas — his family. He goes home to his recently widowed mother, his crazy uncle, and eccentric grandmother as well as battling siblings and neurotic spouses with no shortage of juicy secrets and family squabbles. More>>

A Musical Parody of Biblical Proportions This holiday season, journey to a far away land where a new king is on the rise and a drummer with a dilemma is asking, “Is There Life On Mars?” The award-winning Troubadour Theater Company boldly reimagines the classic story of the drummer boy like never before, playfully spoofing the mystique and melodies of glam rock icon, David Bowie. This laugh-out-loud musical parody finds our “Heroes” in a heartwarming tale of family, forgiveness and “Changes,” resulting in the ultimate discovery for all seasons: “Modern Love” lives inside. More>>

Holiday of Lights – A Cabaret Celebration of Music by Michael Antin

Holiday of Lights – A Cabaret Celebration of Music by Michael Antin is the newest presentation of local composers from the critically acclaimed and award winning theatre company, Write Act Repertory. Award winning composer Michael Antin, with a little help from his friends David Michael Trevino and Dana Shaw with David Kaminer, will entertain and please you with new songs on a magical trip to the Great White Way, including a new holiday melody. More>>

Since 1998, hundreds of local North Hollywood children from economically disadvantaged families have their “Christmas wish list” come true. Originally started by the late Michael Higby of the North Hollywood Jaycees, the spirit of Operation: SANTA continues on with the help of volunteers and support of the local community.

So how can YOU join in the Operation: SANTA fun? EASY! More>>

‘Tis the season to be jolly, not disappointed

I’m stunned. I’m not referring to the election results, the Cubs winning the world series, or the fact that my mother is turning 90; I’m blown away that it’s December, the end of 2016 and the rapid speed at which life is taking place. I swear the last thing I remember was prepping for that shoot in June in …oh wait, was that June? More>>

The average American gains eight pounds over the holiday season. Follow these SIX STEPS to eliminate your chances of being a statistic. More>>

**** For information on Los Angeles theatre, tickets to theatre in North Hollywood’s NoHo Arts District, theatre reviews, the NoHo Event Calendar, restaurants, news and local businesses in NoHo, or anything and everything about the NoHo Arts Community, bookmark nohoartsdistrict.com. Follow us on Twitter @OfficialNoHo. On Instagram @NoHoArtsDistrict and Facebook @NoHoArtsDistrict.