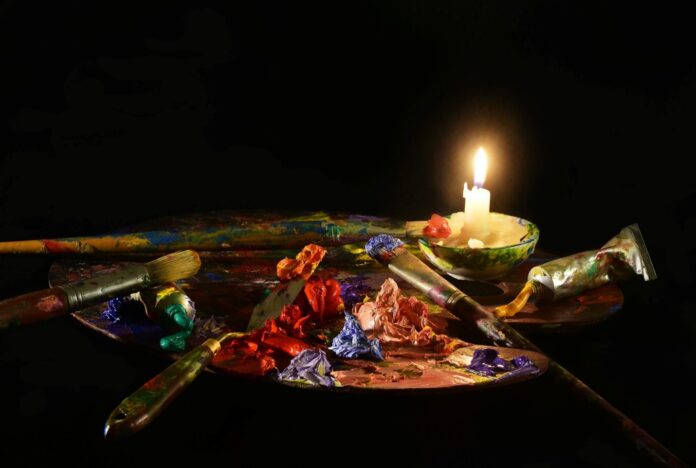 During a period of deep depression, the painter Vincent van Gogh famously chopped off his own ear. Virginia Woolf stuffed her pockets with rocks and walked into a river because she couldn’t cope with her symptoms anymore. Robert Schumann died in a mental institution after attempting suicide on multiple occasions. The brilliant works entrusted to us by these and many other tormented artists came at a terrible cost to them.

The stereotype of the tormented artist dates back a very long time. Even Plato wrote about the link he observed between madness and creative genius.

We now know that the agonies involved in the Faustian bargain are symptoms of depression and other mood disorders, and scientific research shows that there is some substance to the stereotype.

When it comes to major depression, the rate among the general population is between 5 and 7%, while among artists and writers, studies show rates between 15 and 50%.

Why are creative people more susceptible to depression? And how does this susceptibility affect their ability to make art? Can artists maintain their creativity without having to pay for it through intense emotional distress?

One way to define creativity is as the ability to come up with new ideas or form new connections between ideas. But in this article, what we’re interested in is what creativity means for the brain and what chemical reactions facilitate creativity. Moreover, how much do these chemical reactions vary depending on genes, and how does this relate to mood disorders like depression?

Before we even attempt to answer these questions, forget what you might have heard about the right and brain hemispheres. Brain functions are not as neatly divided as this myth will have you believe, and creativity does not come from the right side of your brain.

Much like creativity itself, the brain is far more complex and works like an orchestra playing in unison to put together the remarkable symphony of the human thought process.

To simplify things, let’s refer to cognitive psychologist Scott Barry Kaufmann and his article “The Real Neuroscience of Creativity” published in Scientific American.

There are three main networks in the brain that work together during the creative process.

The first one is the Executive Attention Network which we use whenever we need to pay attention to something either because we’re learning something new or trying to find the solution to a problem. The parts of the brain involved in this network are the lateral or outer regions of the prefrontal cortex, as well as areas at the back of the parietal lobe.

The second network is the Imagination Network or the Default Network, which we use when we’re not necessarily trying to accomplish a task. We’re simply letting our minds wander, imagining different possible outcomes and things that might happen in the future. We also use this part when we’re trying to imagine how people around us think or feel. The parts of the brain involved in this network are located deep inside the prefrontal cortex and temporal lobe, plus some outer and inner regions of the parietal cortex.

The third network is the salience network that maintains a coherent connection between your internal stream of consciousness and your external environment. It looks for information relevant to whatever concerns you, and when it finds it, you get that feeling that something clicked. The parts of the brain involved in this network are the anterior insula and the dorsal anterior cingulate cortex.

The two main chemicals involved in the creative process are serotonin and dopamine. They’re used to send signals between neurons and have an important role in regulating mood. What’s especially relevant for the connection between mood disorders and creativity is how our genes determine the way these two neurotransmitters are used.

For instance, the dopamine D2 receptor gene or DRD2 has a variant linked to increased verbal creativity, while another gene called TPH1 pertaining to serotonin is linked to figural creativity.

We still don’t know how to purposefully activate the three networks we described, but we do know that many of the healthy habits we used to think increase creativity actually just strengthen executive function.

According to researcher Rex Jung, what boosts creativity is lower activation in the executive control network and increased activation in the other two networks since this allows our minds to roam more freely and form new connections.

Also, according to researcher Baba Shiv, serotonin levels are strongly linked to creativity which is why many artists and writers feel most creative in the morning when serotonin levels tend to be highest.

By now, you’re probably starting to see how dramatic mood changes correlate with higher creativity. This also explains why people report that psychoactive drugs like LSD have a strong impact on their creativity.

Artists often refuse to take medication for their symptoms precisely because they’re afraid that this will have a negative impact on their creativity, but clinical psychologist Kay Redfield Jamison argues that recent studies on the topic have shown that two-thirds of artists and writers who receive medication manage to maintain or increase their creative output.

Terence Ketter, a Stanford University professor of psychiatry and behavioral science, has examined creativity in bipolar and depressed patients. He identified traits that increase creativity which are more common among people with mood disorders, such as open-mindedness, curiosity, high intuition, rumination, and emotional malleability.

These traits send us back to Rex Jung’s observation about the networks involved in the creative process. The very same traits that allow creatives to perceive the world in fresh and novel ways make them respond to that world more intensely and have a harder time regulating the emotions it triggers.

Neuroscientist Nancy C. Andreasen also observed that a contributing factor to their susceptibility to mood disorder is that the brains of creatives are less effective at filtering the stimuli they are exposed to, which might explain why many feel the need to isolate themselves when they’re trying to focus on their work.

​Does Online Dating Work for Seniors?

What Things To Remember When Wearing Contact Lenses for the First Time?

How to Continue Serving the Country After You Leave Military