Kristen Lynn and the Foxgloves “Fire Down” 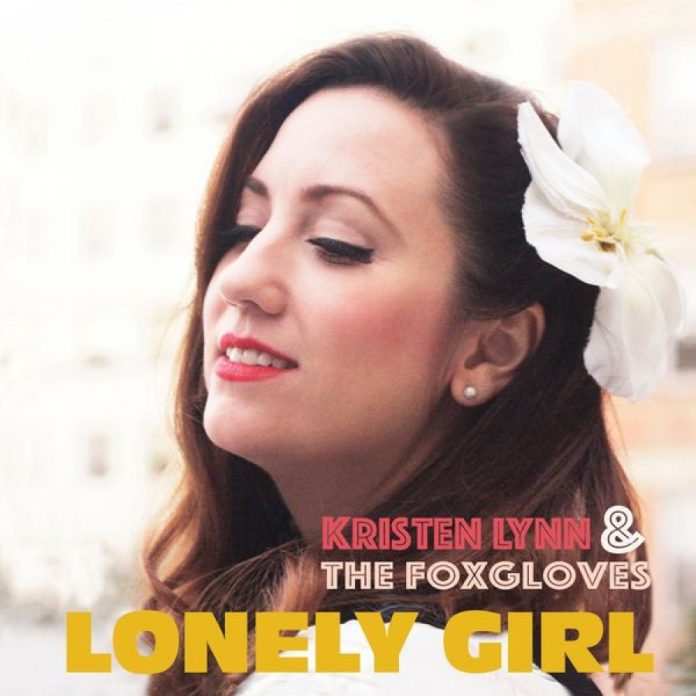 We’re Listening to Kristen Lynn and the Foxgloves “Firedown” from the second album “Lonely Girl” – an album filled with vintage sass, and Irish gypsy and sexy Americana flavors.

The “Lonely Girl” album is a treat. It’s interesting because it gives us tastes, little treats that are suprises every time we listen.

Kristen Lynn & The Foxgloves makes us travel, through the U.S., over the ocean and back to other times. Although you wouldn’t necessarily say a folk band makes you move, yet they make you dance.  Itunes shuffled the songs and the first was the New Year’s classic “Auld Lang Syne” but it was fresh – fresh nostalgic. Put it on your New Year’s playlist. Then there are classics like “Bella Ciao”, originally an Italian folk song that was used as an anti-fascist resistance song, which is fitting for the times, and it was recorded by Italian folksinger Giovanna Daffini in 1962. The other classic is “Sunshine,” which we found ourselves singing instinctively, “You are my sunshine, my only sunshine.” Adding a song we all know was smart because it’s an instant sing-along, which in turn is an instant like. But this is no copy. They make it their own – recognizable and hummable at the beginning and then the harmonies and fiddle make the loveable melody, well, a bit erotic. There are some songs on the LP that have a strong banjo and fiddle presence that put you in the old country of rolling green hills and Irish jig dancing. Then there were other variations of the fiddle that placed you in mysterious parts of the U.S. Don’t miss the danceable tracks and our favorites: “Super Hero” and “Gypsy Love.”

But we had to pick one song to highlight and that was hard. So we looked at the numbers. Which song did we play the most? Well that would be “Fire Down.”

It starts out with the upright bass taking us back to the 80s, back to a Stray Cats’ video. Thanks for the MTV video days throwback. Next the drums pump in and it’s like big band swing. We are ready for the lindy hop. Then Kirsten’s voice comes in strong, and it’s saucy, it’s entrancing. But wait. Here comes the fiddle, which puts us in the balmy, deep south. It made us ask: “Where’s Vampire Eric?” It has a sexy, dark “True Blood” vibe.

Kristen Lynn is the singer/songwriter and she also plays banjolele, guitar and piano on the album. The Foxgloves consist of Stephen Spies on vocals and fiddle, Syd Everatt on lead and slide (and back-up vocals), Clayton Hamburg on upright bass and Johnny Sneed on drums. The album “Lonely Girl” was produced with sound engineer Nico Essiq who has worked with Amy Winehouse, Paul McCartney, Daft Punk and more.

You can catch Kristen Lynn and the Foxgloves in the NoHo Arts District at The Idle Hour. Follow her on Instagram for show info.

Keep making music that moves us.

For more music that we’re listening to, follow us on our Spotify playlist.

“An Evening with David Sedaris”