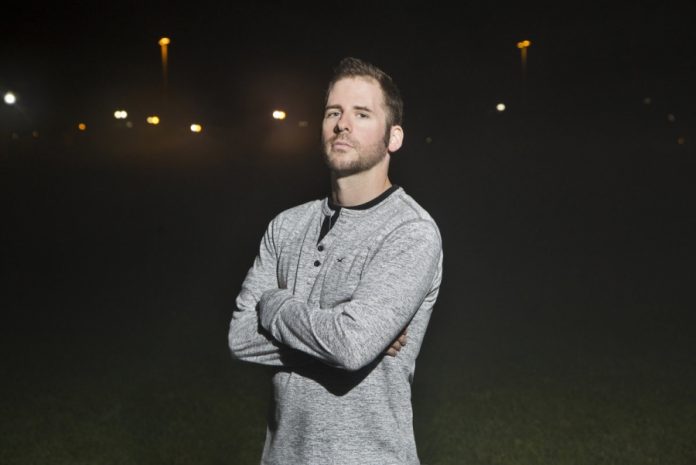 “End of Time” is a progressive rock concept album.

Sam Fishman produced the record with a mind for it to be the soundtrack to an animated feature.  The complex subjects he was drawn to and the songs that evolved touch on subjects as diverse as texting while driving and the search for justice, love and revolution.

This album is bold and powerful and certainly lends itself to high concept artistic animation. It’s seriously cinematic and beautifully dark.  There’s an element of chaos in the music as it rises, falls and is skillfully maneuvered by some quite brilliant musicians.  The tracks are interspersed with some really interesting narrative prose leading the listeners from one track to another.  It perfectly and ingeniously creates a world for the listener to inhabit as the album unfolds and tells its story.

The musicality is superb.  This is a brilliantly produced album and the vocalists Samantha Cram and Ryan Acquaotta perform these outstanding songs with passion, understanding, expression, gorgeous tone and huge range.

Sam Fishman began his musical career as a drummer, touring with his band Madison Rising all over the US, Japan and South Korea alongside Aerosmith, Godsmack, Lynrd Skynrd, Weezer and Chris Cornell.  Clearly these iconic bands rubbed off on him, the huge stadium sound in this album has echoes of greatness and all the makings of anthemic timeless rock.

Concept albums are not always appreciated these days, to be honest.  It’s been a long while since “The Dark Side of The Moon,” but maybe it’s time for a reawakening of this particular genre of storytelling.  I have a passion for all kinds of music, but it has to have heart. ”End of Time” has epic heart…loved it!!!

Samantha Simmonds-Ronceros is a British writer and filmmaker living In Los Angeles.

What Do You Wear for Headshots?