April 6th will find many televisions tuned to the Academy of Country Music Awards to get a load of who is loading up the trophies among the Nashville set. If you’ve been away from country music for a while and choose to revisit it, you may experience a touch of vertigo as you seek your musical bearings.

Nudie suits are nearly gone, Hank Williams Jr. isn’t nominated, and there’s nary a bale of straw to be found on the set. The ACM Awards 2014 is once again at the MGM Grand in Las Vegas, and if you fail to turn up the sound you may be hard-pressed to distinguish it from any other music award broadcasts. 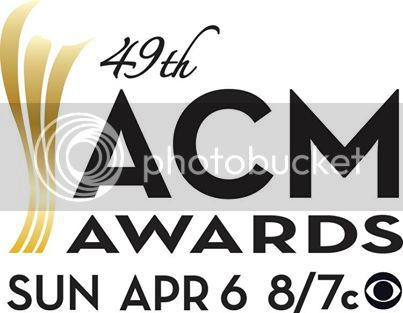 Here’s a taste of what’s different about country since you last listened:

There was a time when most country artists were like Bob, the owner of Bob’s Country Bunker in “The Blues Brothers”, who told the titular duo that the bar featured “both kinds of music–country AND western”. Today, most country artists at least pay homage to those who play other types of music, and many of them chart elsewhere themselves. Florida-Georgia Line features Nelly on their breakout hit “Cruise” from summer 2013, and solo juggernaut Luke Bryan mentions T-Pain in a lyrical line alongside Conway Twitty. Blake Shelton sits alongside Christina Aguilera, Adam Levine, and Cee-Lo on “The Voice”.

Is it a play for downloads and ticket sales? Not likely. While most popular acts today can quote Glen Campbell or Patsy Cline just as ably as their forerunners, younger performers have grown up with more diverse iPods and better radio reception to welcome in a variety of sounds that don’t bookend the livestock market report.

And speaking of mixing it up, former Hootie & The Blowfish frontman Darius Rucker has been cracking the rear view of country charts with a number of high-ranking hits. He marks the first high-selling African-American country artist since Charley Pride and is up for two ACM’s as a performer, as well as seeing his single “Wagon Wheel” getting a songwriting nod for its composer–none other than Bob Dylan.

Bands Not On The Run

A significant difference between country and most other genres is the near-absence of full bands. While there are nominated duos like Florida-Georgia Line and vocal groups such as Rascal Flatts, a complete three- or four-piece band is a rarity in the genre. In fact, only Texas-based Eli Young Band and studio musician mercenaries the Zac Brown Band perform all their own instruments and vocals. Contrast that to a genre like metal, which is almost exclusively populated by bands, and you’ll see the difference.

For decades, country performances were viewed as stationary events at a microphone stand, with a band of like-dressed musicians gently massaging notes from steel guitars, Fender Telecasters, and rudimentary drum kits. But a giant red explosion called Reba McEntire’s hair (and the rest of her) upped the ante with her backup dancers, complex light systems, and multiple costume changes–none of which involved flannel.

Since then, the likes of Taylor Swift have taken it to a new level of performance art, so the ACM’s will likely rival anything else you’ll find on the Vegas strip that night.

In so many ways, this ain’t your father’s country music.