Thirty-five students from the Sherman Indian High School Drama Club and the History Class, and their chaperons were guests of actor/producer Rudy Ramos for the well-received solo show GERONIMO Life on the Reservation on Saturday, February 6th. The play is written by Janelle Meraz Hooper, directed by Steve Railsback and performed by veteran actor Rudy Ramos, and is currently running at the Whitefire Theatre in a return engagement through Saturday, February 20, as part of Solofest 2016.

The solo show tells the little-told story of the famed Apache warrior’s 23 years as a prisoner of war starting with the Apache leader’s final surrender in 1886 and his life after stops in Florida and Alabama prisons, and his final stop – – Fort Sill, Oklahoma – – where he spends much of the last 15 years of his life as a P.O.W. Focusing on Geronimo’s resiliency, humor and genius, we witness Geronimo as he cleverly evolves from a POW into a celebrity and entrepreneur.

The students were treated to the show and to a Q & A Talk-back after the show with Rudy Ramos and his director Steve Railsback.

GERONIMO Life on the Reservation runs Saturday evenings at 8:00 PM, February 20, 2016. The play is appropriate for ages 10 and up. General Admission: $20 Student/Group Rates are available and can be purchased at geronimo.brownpapertickets.com. 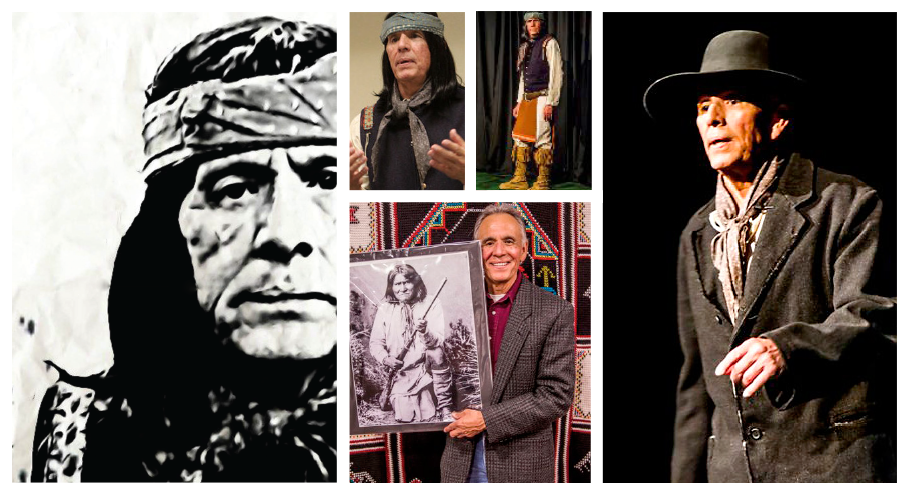 Beach St. A Go Go – A Tribute to the Groovy Sounds of the ’60s, with Emerging Artist Tina Mathieu

The FABBA Show and Hot August Nights at Starlight Bowl