Comebacks aren’t for everyone… 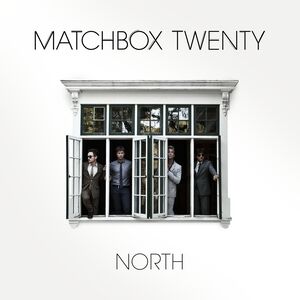 ..there are plenty of bands who have gone on a rather long hiatus and try and revamp their career and have just come off as washouts. Having said that Matchbox Twenty are back after their lengthy ten-year hiatus with their 4th studio album “North”. In all honesty from the opening track ‘Parade’, the band picked up right where they left off. This may not be to everyone’s taste, but it is good for bands to hold their ground and stay true to their music and their style without feeling the need to conform. That isn’t to say that it is out-dated. There is still a real sense of freshness within their music. There is a big mixture of tone on ‘North’, from the more pop infused ‘She’s So Mean’ to the classic Matchbox sounding ‘Parade’. A nice addition to this record is ‘The Way’ it isn’t often that you hear the other band members sing, so it was a pleasant surprise.

Songs like ‘Sleeping At The Wheel’ will take the listeners back to the ‘Yourself Or Someone Like You’ album. This kind of resemblance could be debated endlessly as to whether this is a lack of evolution from the band; however the word evolution shouldn’t even come into conversation when discussing this band. If after ten solid years a group can come back and still draw on their experiences to create music whilst keeping their iconic sound and pull it off, then this band has a special kind of talent that should be praised.

If nothing else ‘North’ shows that Matchbox Twenty still have it after all these years. It is also a bit of slap to face to todays music. It is safe to say that over the recent years the music industry has taken a somewhat bad turn, with a machine music generation taking over. This band have come back, picked up a guitar and a microphone and shown the ‘phases’ what music is. If you were already a fan of Matchbox Twenty then you won’t be disappointed. If you like the more mellow and alternative sound of rock than this is for you. If you are into the chart music this album is most likely not going to be for you.

The Astronaut Wives Club: The Story of America’s Race to Space

Community “A Second Chance at Life”

Fresh Off The Boat: The New Face of American Family

How To Get Away With Murder – TV Show Review